On SoundCloud Premier Partner Hefna Gwap is a rapper originally from East Palo Alto in the Bay Area. He’s a multi-talented rapper who dabbled in film and co-founded a creative collective called Elegant Caviar while in NYC, where he met his main producer, Lord Plawz. This up-and-coming rapper is now based in Atlanta, pushing his music and the Elegant Caviar sound which he describes as “avant-garde hip-hop.” 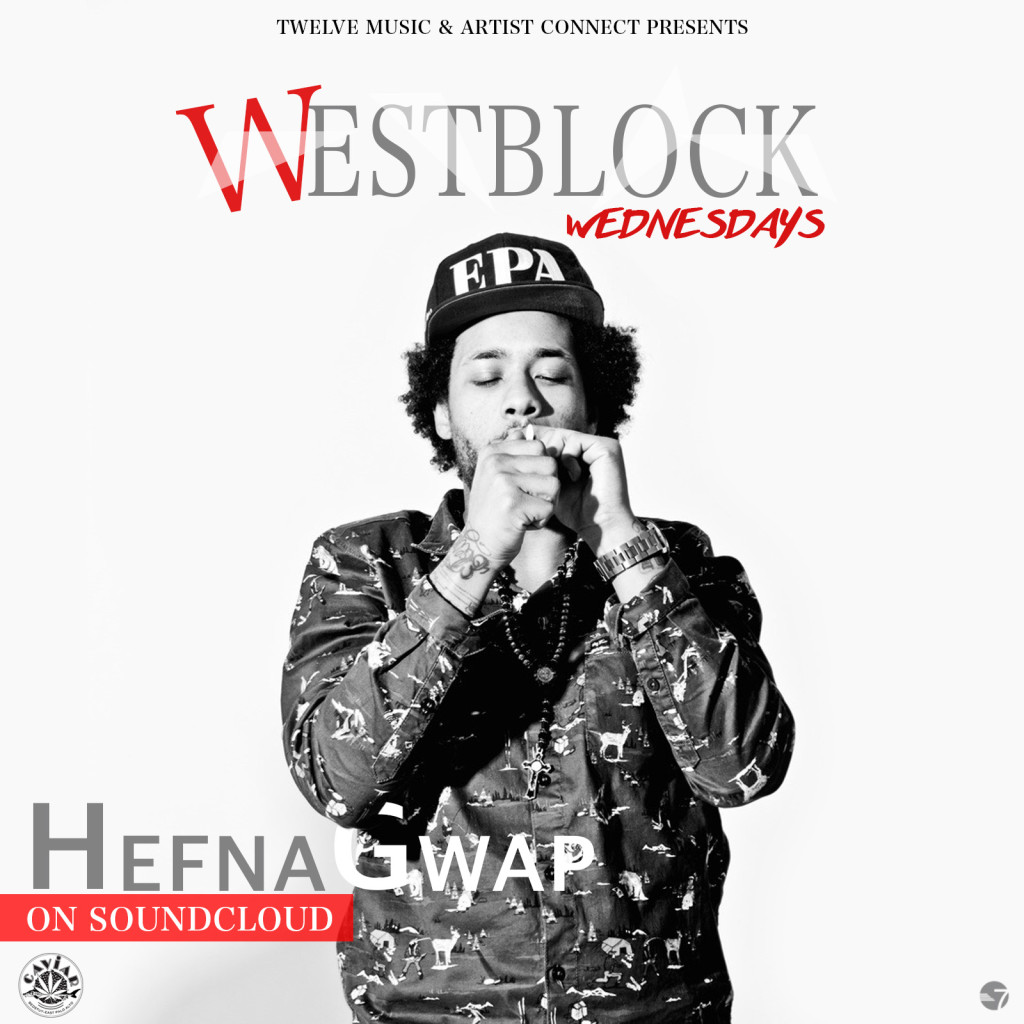 I’m Christopher Sigur Jr. PKA Hefna Gwap. I was born and raised in East Palo Alto, California in the Silicon Valley and I was interested in expressing my story through music at an early age. When my grandmother saw my passion growing, she bought me a karaoke machine and I used to record my earliest raps on Cash Money tape cassettes. Fast forward, my dad Big Chris bought me my first Pro-Tools (telling me he needed to recoup this expense of course haha). While I was teaching myself how to record my own music, I also started a record label with some high school classmates that was meant to keep teenagers off the streets after school and we won a $2,500 grant from BUILD Youth Entrepreneurship program at Stanford University’s Graduate School of Business.

But I realized in order to really share my voice with the world, I would need to present who I am visually too. I attended film school in Berkeley and shot a video with my classmates for a song called “Bobo” back in 2012 that I put up on YoutTbe and this video made it to the eyes of producer Lord Plawz–all the way over on the East Coast in Brooklyn, NYC. After Lord Plawz saw my video we began talking of a collaborative relationship that blossomed into me making the move to NYC and founding a creative collective with Plawz called Elegant Caviar. We built up our name in NYC and through our journey ended up working in Atlanta, Georgia. Elegant Caviar is 2053 music. It’s avant-garde hip-hop that owes much to many regions and cultures. We were inspired by groups that created a cult of personality around them like Wu-Tang Clan, Outkast, and No Limit among others. Elegant Caviar is all about tying a look to the music, and I take how our videos, design and merchandise are communicated very seriously.

I think SoundCloud is a wonderful tool for building community and dialogue among my fans and potential fans. When I release music on SoundCloud, it’s amazing to see what songs get the best crowd response (i.e. comments and reposts) and of course the analytics tools are invaluable. Having instant access to graphics that show which songs are being played the most and where these streams are coming from is a dream come true.

My current set up is in the Purple Cabinet at Twelve Studios in Atlanta, Georgia. It’s a far cry from the humble beginnings in the kitchens and closets of California and New York. Of course the microphone and the Pro-Tools and my ever present iPad are what I’m on the most. I love working out of here. The vibe is very familial and there’s no telling who might walk through the door any given night of the week. Working at Twelve has already given rise to a lot of awesome collaborations and opportunities.

When I moved to NYC, Lord Plawz was an intern at Jonny Shipes’ The Smokers Club. Plawz brought me to The Smokers Club office and I began interning for Creative Control which was a video production company working at the building. I was using my video editing skills I had learned in film school, while Lord Plawz was helping with Shipes’ operations for the record label. When Shipes’ heard our music, I began getting placements on Smokers Club’s SoundCloud and on Smokers Club music releases. We toured with The Smokers Club in 2013 and also attended the 2013 A3C in Atlanta.

At 2014’s SXSW in Austin, I got to perform on SoundCloud’s showcase and that was real honor, when I truly knew SoundCloud cared for their artists. We tirelessly recorded and filmed our own videos from 2012 on and through hard work and dedication, Elegant Caviar received the attention of many top music publications, blogs, clothing brands, and of course talented fellow musicians from NYC to ATL and to many other states and abroad.

When it comes to approaching editorial outlets and music professionals, my answer is simple and I promise you’ve heard it before because it’s the truth: stay humble! Also, I think it’s important to of course to make quality music, but also get those visuals going. And definitely get outside and show your face there’s no telling who you might bump into out there in the world.

To be honest I’m inspired a lot by Jim Rohn audiobooks. Any time I listen to Jim Rohn and I think about where I wanted to go, where I have been, and most of all where I’m from, I get inspired to make new music. As far as dream collaborations, I would definitely say Kanye West, The Isley Brothers, George Clinton, Dr. Dre, Snoop Dogg, and Ice Cube. But you know for me, music and film go hand in hand so I’d have to say Terrence Howard too. I’d love to work with Snoop and Ice Cube on a movie as well. That would be dope.

I just want to thank the Lord first. My family, my children, my fans of course. And my management! I do this for all of you.

For more information on our creator partner program On SoundCloud, head over to on.soundcloud.com. To read more interviews from On SoundCloud Premier Partners, click here.